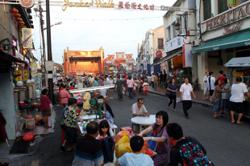 KUANTAN: A furniture shop here has become the scapegoat in a scam when an imposter used a similar name to cheat buyers.

Ekspo Perabot Tiga Sdn Bhd director Chong Kok You said buyers had been calling his shop since late March asking why their furniture had not been delivered.

"The thing is we did not sell them anything. It was very puzzling. These buyers told us they dealt with someone online and paid directly into this person's bank account.

"That's when we found out there's a scammer who has been using a picture of our shop with a slight modification to our name to trick buyers on Facebook," he said when met here on Saturday (May 14).

Chong said the scammer used the name "Ekspo Perabot Tiga House" and displayed a catalogue of furniture mostly not sold at his shop.

As had been recounted to him by the victims, Chong said they would be pushed to pay for the furniture by depositing money into a personal account to take advantage of discounts and free delivery.

"The difference here is that every deal with our shop is actually done through our company's account. It appears the scammer has also changed their personal account several times.

"There must have been 30 or more victims since this thing started. They are from all over the country too, like from Selangor, Melaka and Johor. One of them even paid more than RM5,000 for furniture that was never delivered.

"The ones who managed to avoid being scammed were those who decided to come into our shop to check out the furniture before placing their order and those who called to make inquiries. That's when they discovered they have been dealing with a scammer all this while," he said.

Chong said while he felt bad for the victims, all he could do was to tell them to lodge a police report.

"I have also lodged a police report when this scam first became apparent to me. In fact, officials from the Companies Commission have come to investigate my shop because of all the complaints.

"We have posted multiple times on the imposter's Facebook page too, to caution buyers about the scam but the page is still up. I hope the public can be aware of this to avoid being scammed," he said.

Meanwhile, Teruntum assemblyman Sim Chon Siang advised Chong to lodge another police report and said he would liaise with the authorities to put a stop to the scam. 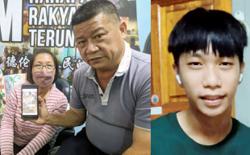