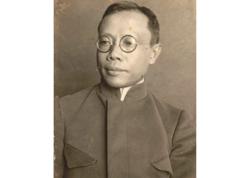 PETALING JAYA: A proposal has been submitted to the government to include the life story of Penang-born epidemiologist Dr Wu Lien-Teh in history school textbooks.

This comes following efforts by the Dr Wu Lien-Teh Education Society to push for recognition after Dr Wu invented the medical face mask in 1910 that ultimately led to the present-day iconic N95 respirator, which saved millions of lives.

“This Covid-19 pandemic is a reminder to us that Dr Wu Lien-Teh deserved greater recognition than was afforded him for his contributions in public health and medical research,” society president Koh King Kee said during the inaugural Dr Wu Lien-Teh International Conference held online.

He said that Dr Wu was known for his efforts in ending the Manchurian plague in just four months after taking charge of the public health crisis in China back in 1910.

“We have also written to the United Chinese School Committees Association of Malaysia (Dong Zong) to include his contributions in public health in school books used in Chinese independent schools in Malaysia,” he said.

“He was the man who developed a multi-layered cloth mask to wrap around the face to stop airborne transmission and we see most countries today making the wearing of face masks mandatory to fight Covid-19,” he said.

Apart from the face mask, he noted that protocols introduced by Dr Wu, such as quarantine and lockdowns, are still in use today in the fight against pandemic outbreaks.

The 1910 plague in China was declared over on March 1, 1911, just four months after Dr Wu took charge of the battle against the pandemic.

The plague had killed over 60,000 people in Manchuria.

Dr Wu was the first Malaysian to be nominated for the Nobel Prize for physiology or medicine in 1935.

Last month, Google paid tribute to Dr Wu with a logo tribute on its homepage, Google Doodle, celebrating what would have been his 142nd birthday.