Bella case: Where have all the so-called pro-human rights politicians gone, asks TMJ

Tunku Ismail added that their silence on the matter raised questions whether they had connections with Rumah Bonda, the childcare centre where Bella, a teenage girl with Down syndrome child, had allegedly been abused.

“About Bella case, where have all the so-called human rights politicians gone? Too quiet. Are there any ties with Rumah Bonda.

“Are there some care centres that were used by certain quarters for money laundering and human smuggling? Both sides are too quiet,” he said in an Instastory post on his Instagram account Tuesday (April 26).

The Bella case had drawn the attention of Tunku Ismail who urged that child protection laws be enhanced immediately.

He added that it was one of the three important steps that should be done to ensure that cases like the abuse of Bella do not happen again.

“An enhancement on the current laws, such as the Child Act 2001, is needed immediately. This should include aspects of child centre registration, accreditation, assessment, funding and monitoring to ensure that all operators are operating legally with a sense of public service.

“The Welfare Department (JKM) needs to audit all existing approved childcare centres and quickly close any childcare centres that are not registered with JKM or operating illegally, starting with Johor, immediately.

“Legal action should also be taken against the operators or owners of any illegally run establishments,” he said.

Tunku Ismail added that an immediate study also needed to be done on the condition of childcare centres starting in Johor, commissioned together with guidelines from Unicef and other independent institutions.

He said the findings of this study should be made public.

“I will ensure that the suggested improvements are taken seriously and carried out immediately.

“I would like to stress that the welfare of children, especially those in shelter homes, should always be protected and well taken care of,” he added.

Bella’s case went viral on social media last year when a woman claimed that the teenager was scalded by hot water and was tied up, while under the care of Rumah Bonda, a welfare home.

She pleaded not guilty to charges of neglect and abuse under Section 31(1)(a) of the Child Act 2001, which carries a 20-year jail sentence or a RM50,000 fine or both if convicted.

Meanwhile, it was reported earlier that Sessions Court judge Izralizam Sanusi, who is hearing the case, had warned the public not to issue any statement or comments on social media regarding the ongoing trial involving Siti Bainun.

He agreed that Malaysians have the right to freedom of expression but legal action could be taken against those who went overboard in their posts on social media.

“The court would like to warn and remind the public, especially those in the public gallery, not to make any libellous comments that are sub judice or in contempt of court," he had said. 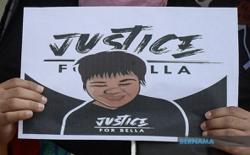 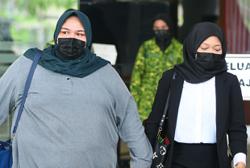