ALOR SETAR: A riot at an immigration detention centre in Relau, Bandar Baharu in Kedah in the wee hours of Wednesday (April 20) morning resulted in a massive prison break that saw about 500 detainees fleeing.

Six of them were killed after they were hit by a car when they were trying to cross a road in a bid to escape. While most of the escapees have been recaptured, 165 of them are still on the loose as of the time of writing. 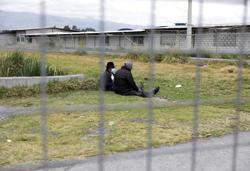