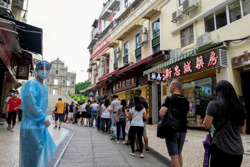 JOHOR BAHRU: Johor police have refuted claims of an increase in crime after the reopening of the Malaysia-Singapore border, as the crime index is under control with no increase reflected.

Johor Criminal Investigation Department chief SAC Shahurinain Jais said his team through Operasi Lejang, which was implemented in the state on March 27, had successfully reduced the crime rate especially those involving property.

He said so far a total of 526 on-premises inspections had been conducted which led to the arrest of 30 individuals, involved in vehicle thefts, as well as the seizure of 24 vehicles.

"We have detected a fake statement on social media regarding the possible increase in crime after the Malaysia-Singapore border reopening. Johor police would like to confirm that the statement is false.

"The public is advised not to easily believe anything that is transmitted and check the authenticity of the information first," he said in a statement on Tuesday (April 19).

The country entered the transition to the endemic phase beginning April 1 with some leeway granted, including the opening of national borders and allowing business premises to operate according to the duration allowed in their respective business licences.

Amran said the total losses were recorded from 209 cases from Jan 1 this year until Monday.

"A total of 12,815 individuals and 10,035 vehicles were inspected with 208 vehicles seized under Section 64 of the Road Transport Act (APJ) 1987," he said, adding that a week-long operation began on April 9 throughout Johor to address the growing issue of "mat rempit" in the state.

Kumarasan said in the operation, a total of 39 men and three women, aged between 14 and 53, were arrested for various offences under the Road Transport Act 1987 and the Dangerous Drugs Act 1952 and all suspects were handed over to the respective district police headquarters for further action. - Bernama 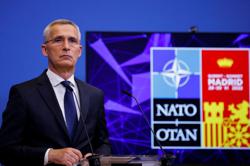