‘My children are my strength’ 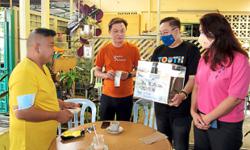 Help is at hand: Heng (left) and Loh holding posters at the ‘You are not alone’ fundraising campaign at Wisma MCA. — LOW BOON TAT/The Star

KUALA LUMPUR: Starting afresh in life after winning a tedious custody battle in court, single mother Loh Siew Hong says her three children give her all the strength she needs.She said her children had also emulated her strength and patience while they were separated for three years.

“They are very good kids. My strength is my children. I can’t say more,” she said when asked how she felt about being reunited with her children.

On the issue surrounding her children’s religion, Loh said she had full faith in the Federal Constitution and legal system and that the matter was being handled by her lawyers.

Loh, who quit her job recently as an assistant chef at a hotel in Genting Highlands, said she planned to venture into the food business, adding that various parties, including Wanita MCA, had come forward to raise funds for her to start a food truck venture.

Wanita MCA chief Datuk Heng Seai Kie said the assistance will not be limited to a donation drive, adding that Loh will also be assisted through the wing’s Women Emancipation & Empowerment Agenda (2Es) programme meant to help abused women.

“We would like to provide her with a complete resettlement agenda,” Heng told a press conference yesterday.

Also present was Loh, 35, who will be provided with a stall at Tunku Abdul Rahman University College (TAR UC) to run a food business to take care of her 14-year-old twin daughters and 10-year-old son.

Heng said the children’s education will also be taken care of, with TAR UC providing them scholarships,. Meanwhile, psychological and counselling services, accommodation, a low-interest business loan and other help related to her business will be provided by Wanita MCA and volunteers.

“We hope all this will help Loh move forward by leaving her sad past behind and starting a new family life,” said Heng, a former deputy women, family and community development minister.

She added that Wanita MCA will also be conducting a donation drive to raise funds for Loh. Donors can channel their contributions to the Loh Siew Hong and Family’s Resettlement Fund through CIMB Bank Account 8007009056, until March 10.

The target for the fundraising is RM80,000, which is the amount needed to cover Loh’s future needs including her business and children’s education.

Any additional amount raised beyond the RM80,000 target will be channelled to the 2E programme to help other women in a similar predicament.

On Feb 21, the Kuala Lumpur High Court allowed Loh’s habeas corpus application and ordered her children to be released to her from the Welfare Department’s care.

She was granted sole custody of the children by the High Court after her divorce in 2019. However, Loh, an alleged domestic violence victim, lost contact with her children for three years after she was hospitalised. She was later housed at a home under the Welfare Department, before moving to the Women’s Centre for Change in Penang.

Her ex-husband, an Indian-Muslim convert, took the children to Perlis and arranged for them to be converted to Islam. He has since been arrested for a drug offence and is now in prison in Kelantan. 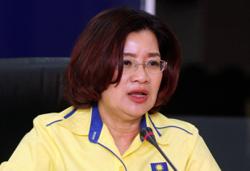