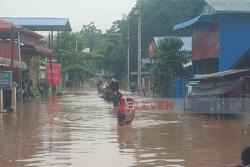 KUALA LUMPUR: The Malaysian Meteorology Department (MetMalaysia) has issued a warning of thunderstorms, heavy rain and strong winds in eight states until 8pm on Saturday (Jan 29).

In Kedah, the areas are Kulim and Bandar Baharu, while in Perak, such a condition is forecast in Larut, Matang and Selama, Kinta, Perak Tengah, Kampar, Batang Padang and Muallim.

In Sarawak, it is in Kapit (Belaga) and Limbang, while the areas in Sabah are Sandakan and Kudat (Pitas).- Bernama 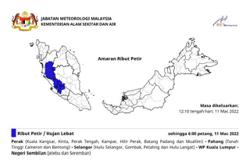