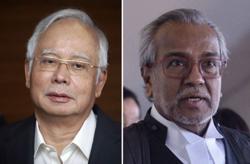 She made this assertion in her supporting affidavit relating to her application to disqualify Sri Ram from prosecuting in her RM7mil money laundering and tax evasion case.

In the document, Rosmah said after scrutinising Sri Ram’s appointment letters, which were made available by the prosecution to the defence, she found that an appointment letter dated May 21, 2021, did not refer to her criminal case.

“Even if the court finds Idrus had acted properly, Sri Ram is still not a ‘fit and proper’ individual to conduct the prosecution because based on a letter dated July 8, 2020, it was clear he was involved in the investigation,” she said.

Rosmah also said her lawyers would be making further submissions during the hearing of the application.

“I believe that following all that has been stated above, it is clear that Sri Ram should be disqualified as a prosecuting officer of the case,” she added.

The hearing of her application has been fixed on Feb 3.

Rosmah faces 12 money laundering charges amounting to about RM7mil and five counts of failing to declare her income to the Inland Revenue Board. 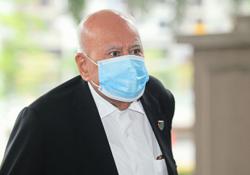