Johor polls: All candidates can use RTM channels to introduce themselves, says Comms Minister JOHOR BARU: The government is willing to allow candidates contesting in the Johor state election, including from the Opposition, to use the channels provided by Radio Televisyen Malaysia (RTM) as a medium to introduce themselves to the voters.

“The people have a right to get to know them and make their own choices so, it should be no problem,” he told reporters after an interview with Johor FM at the Johor RTM headquarters here Saturday.

Annuar said RTM, particularly television and radio channels such as Johor FM, were given the opportunity to formulate suitable programmes during the state election, especially after the nomination process.

“It aims to display candidate information so that they are better known to the people. We also understand that the new standard operating procedures will have limitations in terms of candidate movements.

“This is where RTM can play a role by providing suitable space for them (candidates) in a fair and just manner,” he said.

The Election Commission is expected to announce the dates for the 15th Johor state election after a special meeting on Feb 9. - Bernama 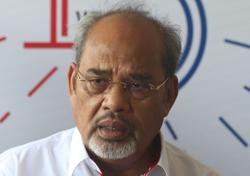