KUALA LUMPUR: A screenshot that went viral on social media about the declaration of a public holiday in Kuala Lumpur, Putrajaya and Labuan on Feb 3, 2022, is fake news, says the Prime Minister's Department (JPM).

JPM said, in a post on its Facebook page Wednesday, that the image titled "Notification Under Subsection 9 (2) of the Holidays Act 1951 [Act 369]" is not true.

"The public is asked not to spread or share any uncertain or false information," according to the post. - Bernama 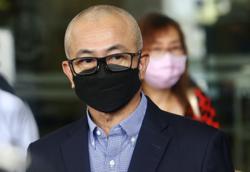