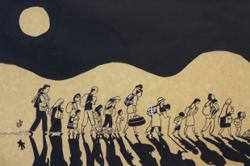 KUANTAN: The Foreign Affairs Ministry plans to start a cultural diplomacy programme by the middle of this year with the involvement of several embassies, says its minister, Datuk Seri Saifuddin Abdullah (pic).

At the initial stage, he suggested organising mini-film and documentary festivals to promote Malaysian culture on the international stage.

"We start with small-scale projects, as we feel the mini festivals could be organised by our embassies as these do not involve big budgets.

"Malaysia has many award-winning short films," he told reporters after visiting the Pahang office of the Tourism and Culture Ministry, here, on Monday (Jan 24).

Saifuddin said the details on the cultural diplomacy programme content would be implemented in collaboration with Tourism Ministry; Communications and Multimedia; Education and Higher Education ministries.

"My ministry is currently on a series of visits to its state offices to obtain the relevant input for the success of cultural diplomacy, aimed at sharing with foreign countries on the uniqueness of Malaysian culture.

"We need to gather views from all parties and hope that in 2023, the work on cultural diplomacy will take off smoothly," he added.

He said his ministry also planned to create an attache post to promote cultural diplomacy in foreign countries next year.

On a separate matter, Saifuddin, who was also the Indera Mahkota MP, said he had discussed with the Tourism Ministry Pahang office to carry out promotional efforts to revive Cherating as a tourist destination, which was affected by the Covid-19 pandemic.

"Cherating was once popular for it various attractions such as the water activities, turtle sanctuary, weaving centre and homestays.

"We want Cherating to regain its popularity as a tourist destination," he added. - Bernama 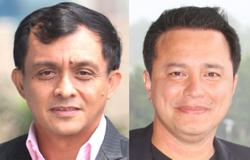 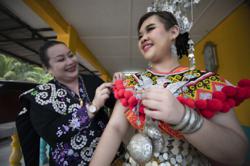