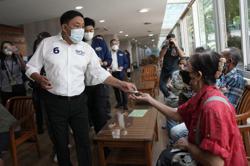 JOHOR BARU: Johor Pakatan Harapan is standing firm on their view that now is not the right time for a state election to be held.

In a joint statement, the Opposition bloc said that they estimate that state election could cost RM150mil and would be a waste of the people’s money.

“Johor Pakatan Harapan maintains its view that now is not the right time for the state election to be held as we are facing issues such as the Covid-19 pandemic and its Omicron variant, flood and economic problems.

“Johor Pakatan sees the action of triggering the state election by Umno as a ploy to take advantage of many Johoreans who would face difficulties to return home to cast their votes.

“This is why Johor Pakatan, as the largest Opposition bloc in the state assembly, had given its cooperation to the state government so that its administration could run smoothly,” they said in a statement released on Sunday (Jan 23).

They also question the need to have the state election when the administration term is due to end in about one more year.

“Why not wait until health and economic conditions are more stable? We are quite confident that this is the concern, desire and conscience of ordinary people at this time.

“Unfortunately, Umno does not have the slightest empathy for the people who are in difficult situations.

“This is a forced election. However, Johor Pakatan will take all necessary steps to prepare for it,” they said.

Meanwhile, in a separate statement, Syed Ibrahim of PKR said that the dissolution of the state assembly was due to internal power clashes among Umno.

“Where are the promises to focus on reviving the state economy and the people, post-pandemic?

“It was an internal power clash in Umno that actually led to this dissolution. Do not pretend that it is intimidation from the Opposition.

“For the sake of political and state stability, Johor PKR under Pakatan has been giving its best cooperation to the state government under the leadership of Mentri Besar Datuk Hasni Mohammad,” he said.

He said that despite the party’s hesitance towards having the election, PKR would comply with the dissolution of the state assembly as it has obtained the consent of Johor Sultan His Majesty Sultan Ibrahim Ibni Almarhum Iskandar.

“We have made early preparations to face the election with the establishment of election machinery, training and courses, setting up operation centres and the appointment of state and Parliament seats coordinators more than a year ago,” he said.

On Saturday (Jan 22), Johor’s Sultan assented to the dissolution of the 56-seat state assembly, paving the way for a state election to take place.

Prior to that, His Majesty granted an audience to Hasni at Istana Bukit Serene at 5pm. 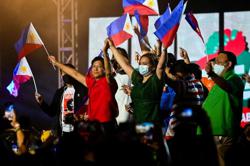