KOTA KINABALU: Elopura assemblyman Calvin Chong says he left DAP because his patience with the party's state leadership had run out.

He claimed Sabah DAP chairman Datuk Frankie Poon had constantly sidelined him despite his efforts and appeals to be more inclusive.

"My decision was made not only because DAP lost direction in Sabah.

"The party is experiencing internal disputes and serious communication problems between its leaders," he said in a statement on Friday (Jan 21).

"I was sidelined several times. But I remained patient as I am here because of the people and I will always struggle for the people," Chong said.

He said even the letter of his candidacy for the Elopura seat in the September 2020 Sabah election was not given to him by the party's state leadership.

“(During) the election of state DAP committee members last year... it seemed clear the Sabah DAP chairman doesn't like me even though I really appreciate the party,” he said.

In the state party election, Chong was ousted from the committee.

“Being a people's representative is not easy. It is important to win the hearts of the people by working for them with full commitment.

“However, the party's top leaders still do not like me.

"So how does a person get accepted and appreciated in DAP?" he asked.

Chong said his decision to leave the party was made of his own free will and not at anyone's coaxing.

He said he will be an independent assemblyman and continue serving the people in his constituency.

"I have no plans to join or support any party, what is important now is to work for the people," he added. 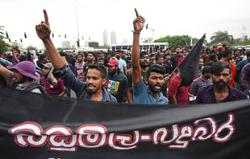