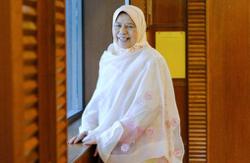 IPOH: Buntong assemblyman A. Sivasubramaniam has quit Parti Pribumi Bersatu Malaysia (Bersatu), saying that the party is unable to pull in non-Malay members and support.

"Bersatu is a good party but they cannot implement (programmes) for non-Malay participation," he said after presenting food boxes at his service centre on Thursday (Jan 20).

"I don't see leaving Bersatu as an issue as we are still under the same coalition. My priority is my constituents and I need to take care of their welfare," he said, adding that it was also his prerogative on whether he needed to inform the party of his decision to quit.

"PBM is a good opportunity because it is multi-racial. If the party decides to field me in Buntong, I know what I need to do having served as the assemblyman here for 15 years," he added.

The duo quit DAP following the collapse of the Pakatan Harapan state government in 2020.

Prior to joining Bersatu in 2021, Sivasubramaniam had also joined Gerakan.

Sivasubramaniam said he was also not bothered of having people branding him as a "frog" for hopping from one party to another.

"People are still coming to my office every day.

"They just want an assemblyman who can serve them and I am doing that," he said.