Streetwalkers among 20 held in anti-vice raids by Melaka police MELAKA: The Melaka police are cracking down on prostitution in the state.

"The operations were conducted to check on Covid-19 standard operation procedure and to eradicate vice activities in the city," he said on Wednesday (Jan 19).

Apart from entertainment centres and massage parlours, he said the raids were also conducted at the back alleys of Jalan Munshi here, where "vice activities are common among foreigners".

He said 11 female and four male foreigners were detained during the raids in Taman Melaka Raya, Kota Laksamana and Jalan Munshi.

"Five locals were detained and two of them are suspected to be pimps," he said, adding that those detained were aged between 27 and 57.

ACP Christopher said a total of RM4,500 was confiscated during the raids.

"The money is believed to have been solicited from clients," he added.

He said his team also discovered that social media platforms were being used by foreign women to solicit clients.

"Based on preliminary investigation, the foreign women charged between RM100 and RM240 for their services," he added.

He said all of them would be investigated for various offences including under Section 372A of the Penal Code for prostitution, and the Immigration Act 1959/63. 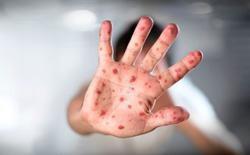