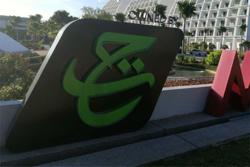 KUALA LUMPUR: The government has obtained the consent of Yang di-Pertuan Agong Al-Sultan Abdullah Ri'ayatuddin Al-Mustafa Billah Shah to set up a Royal Commission of Inquiry (RCI) to investigate Lembaga Tabung Haji’s management and operational issues from 2014 to 2020.

Minister in the Prime Minister’s Department (Parliament and Law) Datuk Seri Dr Wan Junaidi Tuanku Jaafar (pic) said the setting up of the RCI was in accordance with the Commission of Inquiry Act 1950 (Act 119).

Wan Junaidi said in addition, His Majesty had also consented to the appointment of six RCI members, including former Chief Justice Tun Md Raus Sharif as its chairman.

"Those appointed have been ensured to be independent and do not have any direct links with Tabung Haji.

"This is to ensure that the investigation can be conducted transparently and fairly and to avoid any issues involving conflict of interest with the relevant parties," he said in a statement on Wednesday (Jan 19).

Wan Junaidi said the appointments would be effective from Jan 20 to July 19, and the Commission was given six months to carry out an investigation and prepare a report to be presented to Al-Sultan Abdullah. - Bernama