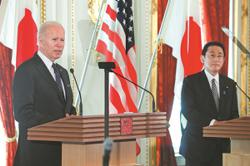 Compiled by MARTIN CARVALHO and CHOW HOW BAN

A DISGRACED politician in China, who was convicted of corruption, says he regrets his “foolish act” of building a posh garden-themed bungalow on a sprawling 7ha piece of land in the Beijing suburb of Huairou district.

Chen Gang, a former Beijing vice-mayor, sourced millions of yuan from several people to fulfil his “architectural dream” of the house built between 2002 and 2014, China Press reported.

The house features a Chinese-style siheyuan (courtyard), a Japanese-themed compound, a suspended swimming pool and an artificial white sand beach.

It also has glass panels and is equipped with top-notch furniture, an audio and video room as well as massage facilities.

The report said Chen would often invite friends and associates to his home.

Chen has since berated himself over it.

“It was a foolish act. The root of the problem was ego.

“Didn’t I receive any reward and recognition during my work in urban planning in Beijing?

“Isn’t that kind of joy much bigger? What is the point of building a garden house? It wasn’t worth the cost I had to pay,” Chen, 54, said.In February last year, he was sentenced to 15 years in prison by a court in Nanjing, a year after he admitted to accepting 129 million yuan (RM85mil) in bribes.

Chen, who spearheaded urban development in Beijing for more than a decade, was also slapped with a five million yuan (RM3.3mil) fine after being found guilty of corruption.

> Sin Chew Daily reported that a photo of a person resembling Canadian-born Chinese singer Kris Wu had made its rounds on social media.

The image shows a chubby man with a double chin and crew cut hairstyle.

Online commenters pointed out that the person could be Wu, who has been under detention over rape allegations since August last year.

Many joked that the 31-year-old appeared to be enjoying his life in prison, thanks to the food served there.

However, upon closer examination, social media users noted some disparities in Wu’s features and speculated that the photo could have been altered using “face-changing” apps. 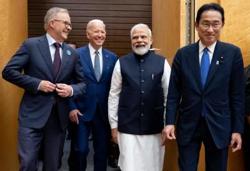 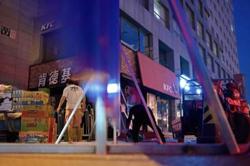