Ex-national footballer and pundit Shebby Singh passes away at 61

PETALING JAYA: Former Malaysian footballer Serbegeth Singh (pic) has passed away at the age of 61.

It is learnt that the former Kuala Lumpur player, fondly known as Shebby among his peers and Malaysian football fans, passed away due to a heart attack.

Serbegeth made his football debut in 1978 when he played for Johor and went on to play for sides like Pahang, Negri Sembilan and Perak until 1996.

In the early 2000s, Shebby was also a football columnist in The Star's 'Football Every Day' weekly pullout, and he was a regular guest in the pullout's podcasts. 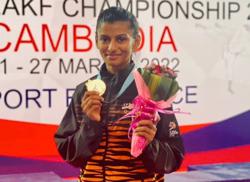