He said the index case of the Bakut cluster involved a female student.

"The close contact screenings found 26 more students who lived in the same hostel as the index patient contracted the virus," he said in his daily state update on Wednesday (Dec 8).

"All those who have been infected are isolated and are getting the necessary treatment," he added.

The Bakut cluster is the fourth cluster involving education institutions with three others - two schools and a polytechnic - reported in the country.

He said the high number of positive cases remained within Kota Kinabalu (53 cases) and its neighbouring districts of Tuaran (55), Ranau (34) and Kota Belud (25), which is dubbed as the "Empat Serangkai" districts (Group of Four).

He said 312, or 97% of the new cases were under category one and two, while six others were placed under categories three to five.

Four other cases were still under investigation by the health authorities. 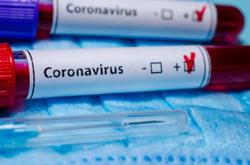