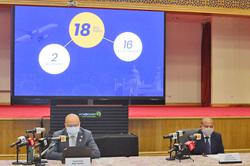 GEORGE TOWN: The holiday mood is not ceasing, which explains why so many Malaysians are still heading to Penang.

A check at major hotels here showed out-of-towners queuing to check in.

Although it was not a long weekend, traffic was reduced to a crawl in certain parts of the city.

A usual short drive from one point to another in the city became a nightmare for motorists on the island as the volume of traffic swelled yesterday.

“People are still coming to our hotel. There have been no cancellations for now,” said Berjaya Penang Hotel general manager Tan Yew Jin.

News about the new Covid-19 variant seems to have little impact on tourism here.

Tan believes the authorities, especially the Health Ministry, have been doing a tremendous job in containing the virus.

The Prestige Hotel general manager Melvin Ooi said the hotel hits a 90% occupancy rate during weekends and 70% on weekdays.

Despite the threat of the new variant, he said the industry must continue to move on and live with the new norms.

“I think there will be no effect at this initial stage, but we will see what happens over the next several weeks,” he said.

“Business has been good. Sometimes, it’s difficult to monitor the standard operating procedures (SOPs) among our customers as there are too many at one time,” he said.

He hopes the public would adhere to the SOPs.

“The emergence of new variants creates negative sentiments for the industry. What we can do now is to monitor the spread of the virus and keep updating ourselves so we can be prepared,” he said.

He added that it is vital that stakeholders, including tourists, continue to follow the SOPs strictly. 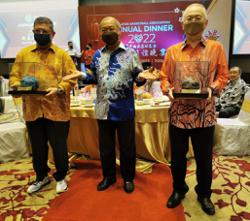 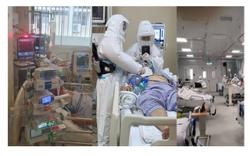