PAS will only contest one seat in S’wak polls, Beting Maro 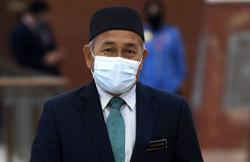 PAS will field 37-year-old businessman Mohammad Arifiriazul Paijo, who also contested the Lambir seat during the Sarawak state election in 2016.

"He will represent PAS in the party and we will issue him a surat watikah (endorsement letter) which authorises him to use the party’s logo during the state election," added Tuan Ibrahim.

Tuan Ibrahim said PAS had shortlisted five potential seats to contest, but they decided to focus all efforts in Beting Maro because the state seat had the best chance to win in the state election.

"In the previous state election, our performance in Beting Maro improved," he said at a press conference at the Waterfront Hotel in Kuching on Saturday (Dec 4).

In the previous Sarawak state election in 2016, PAS contested 11 seats and lost all.

Tuan Ibrahim also said the reason why PAS was only contesting one seat was because the Covid-19 pandemic was still a danger and it would not mobilise its national machinery to assist campaigns in Beting Maro.

"It will be challenging this time around, but we hope we will be well-accepted by locals in Beting Maro," said Tuan Ibrahim.

Nominations for the Sarawak state election is next Monday (Dec 6) and polling is on Dec 18. 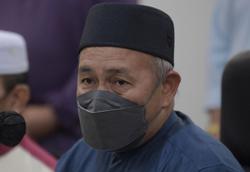