THE government is in the midst of amending the Employment Act 1955 to allow e-hailing drivers to be recognised as workers, says Deputy Human Resource Minister Datuk Awang Hashim.

This includes amending Section 101C by updating the definition of employers and employees.

“The proposed amendment is a clear effort by the government to clarify employee-employer relations in the gig economy,” he told Datuk Ahmad Jazlan Yaakub (BN-Machang) during Question Time in the Dewan Rakyat yesterday.

Ahmad Jazlan had asked the government to reveal the steps that would be taken to address the problem of a lack of social security for e-hailing riders.

Awang said these workers were not covered under any labour laws, such as the Employment Act 1955.

He said the ministry was holding engagement sessions with service providers and main industry players to see whether there was a need to enact a specific law to protect the interests and welfare of those involved in the gig economy.

“The government will study additional forms of protection needed by workers in gig economy involving the p-hailing sector, to ensure they are given the necessary protection,” he added.

The term ‘p-hailing’ refers to services involving the delivery of food, drinks and parcels on motorcycles. It is estimated that there are some 100,000 p-hailing riders in Malaysia.

A survey conducted by the Malaysian Institute of Road Safety Research found that 70% of p-hailing riders faced many dangers, especially during peak hours.

On maids, Awang said the memorandum of understanding (MOU) on the recruitment and protection of Indonesian domestic workers (PDI) is expected to be finalised by early next year after discussions were delayed.

He said Malaysia and Indonesia held an official-level Technical Working Group Meeting to finalise the MOU on the recruitment and protection of PDI in Malaysia on July 23.

“Perhaps it will be finalised by this year or early next year,” he told Teresa Kok (PH-Seputeh).

Awang said the protocol to amend the MOU had expired in 2016.

A series of discussions were held between November 2017 and November 2018 but both parties still could not finalise a new MOU.

Awang said the discussions had been delayed a few times due to several “unavoidable” matters.

Among the issues, he said, were the “one maid, one task” system as well as the high recruitment cost.

He said the ministry would update the public on developments from time to time.

He also said that as at Sept 30, there were 773 private recruitment agencies still active under Categories B and C. 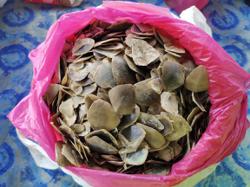