Mohd Syahrizal Harun, who works as a technician in a private company in Kuala Lumpur, travelled for four days, crossing Selangor and Pahang borders, before reaching his hometown at Kampung Bertam Baru, Gua Musang, Kelantan.

He said he had wanted to walk back to Kelantan to express his gratitude to the government, before the announcement was made in mid-October.

“I had not visited my family since the Covid-19 pandemic.

“Along the way I met with a lot of challenges such as walking in the rain and taking a detour after realising certain roads were closed,” he said.

> The daily also reported that fans of South Korean boy band Big Bang protested against the band’s label company YG Entertainment and demanded that the group’s comeback be publicised as a four-member group.

The contract was penned without former bandmate Seungri, who left the group following his conviction on a prostitution scandal.

Big Bang’s fan group, known as VIP, carried out the protest in a truck and requested that YG Entertainment also take legal action against malicious rumours about the band. They also want the company to fully support the boy band and its fandom. 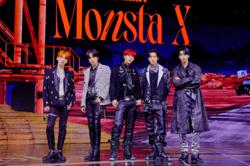 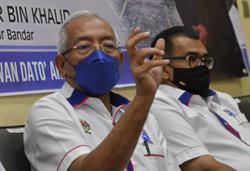