SIBU: A special investigation team has been formed to conduct a thorough investigation on an allegation that a senior police officer is on the take.

He said this came following a post on the Facebook account of Ali Hero on Nov 29, alleging that the officer had received kickbacks from a gang to allow online gambling in town.

The viral post was accompanied with video clips of a group of about 20 men assaulting a man outside a food court in Jalan Ulu Sungai Merah on Sunday (Nov 28) night.

Comm Aidi said the police arrested 15 people after receiving a report on the fight.

"Investigations are being carried out under Section 148 and 500 of the Penal Code and Section 233 of the Communications and Multimedia Act," he said in a statement on Tuesday (Nov 30).

He said police also identified the victim and several witnesses of the incident.

"The victim suffered minor injuries and is still being treated at the hospital," he said, adding that police were tracking down five more suspects.

Those with information should contact investigating officer ASP Musa Dolmat at 013-508 2919. 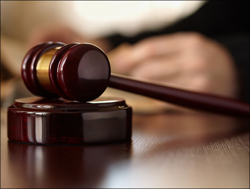