KUALA LUMPUR: Putrajaya has decided to delay the country's transition into the endemic phase as there is too much uncertainty regarding the recent spread of the Covid-19 Omicron variant, said Datuk Seri Hishammuddin Hussein.

The Defence Minister said this was decided by the Cabinet after its Quartet Ministers meeting on Tuesday (Nov 30).

"Most importantly, for now, the Quartet Meeting decided to temporarily put a pause on our efforts in transitioning to the endemic stage until we know more about the Omicron variant," said Hishammuddin during a press conference in Parliament.

Hishammuddin said the Omicron variant was deliberated at length during the meeting earlier, adding that if there is another wave of Covid-19 infections, it could put Malaysia's progress in the pandemic at risk.

"If we don't monitor Omicron closely, then how are we supposed to deal with it?" he questioned.

Hishammuddin also said Putrajaya is monitoring countries where Omicron has spread and added that the situation remains fluid at the moment.

However, he assured that there will be no changes in the country's international tourism programme in Langkawi.

At the same time, Hishammuddin also said matters of domestic travel were also addressed together with Transport Minister Datuk Seri Dr Wee Ka Siong and representatives from the Tourism, Arts and Culture Ministry.

"They were considering other tourism bubble locations after Langkawi," he added.

Regarding Langkawi as a success, Hishammuddin said there will soon be an announcement by the Tourism, Arts and Culture Ministry with Prime Minister Datuk Seri Ismail Sabri Yaakob.

Meanwhile, Hishammuddin also said the ban on seven African countries - South Africa, Botswana, Lesotho, Mozambique, Namibia and Zimbabwe - were not based on geopolitics, but health.

"I believe that these African countries understand that it isn't about diplomacy or geopolitics, but health. We don't want to jeopardise our progress since 1 and a half years ago with irresponsible decisions," said Hishammuddin.

Meanwhile, Hishammuddin also said that after the launch of the Vaccinated Travel Lane (VTL) between Malaysia and Singapore, the government is also considering opening up other similar routes to Kuching, Penang and Langkawi.

"I have asked all sides to continue discussions with the concerned countries and we will not make a decision until we know the real impact of Omicron. I hope everyone in our country will remain vigilant and not take risks," he said.

For now, the land VTL initiative, which allows quarantine-free travel, is only for vaccinated individuals who are citizens, permanent residents and long-term pass holders of Malaysia and Singapore.

Be cautious but don’t panic 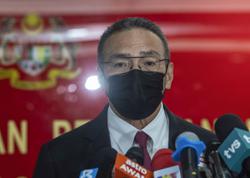 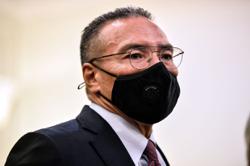