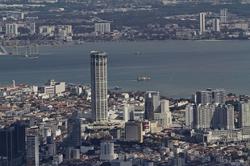 BUTTERWORTH: A total of 40 men, suspected of being involved in a secret society recruitment drive, were detained in a police raid at a hotel in Seberang Jaya here on Saturday (Nov 27).

"The raid was conducted at about 9.30pm after police received a tip-off about the gathering conducted by a secret society group.

"It tried to hide its activities through a non-governmental organisation (NGO) to revive its influence in Penang, Kedah and Perlis," he said in a statement on Sunday (Nov 28).

SAC Rahimi said 40 suspects aged between 22 and 56 years old from Penang, Kedah and Perlis were detained in the operation.

He said eight of the suspects were found to bear secret society tattoos.

Police also seized 56 handphones, two rings, a necklace and a pair of earrings bearing the symbol of an illegal organisation.

He said the suspects were brought to Central Seberang Prai district police headquarters for further investigation.

They have been remanded for investigation and the case is being investigated under Section 43 of the Societies Act 1966 over penalties on members of an unlawful society.

"The police would like to thank the public for channelling the information to us and we welcome the cooperation in fighting crime," SAC Rahimi said. 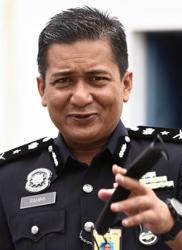