SUNGAI SIPUT: Sungai Siput MIC Youth deputy chief M. Chandra Segaran has denied unzipping his pants during an argument with a group of people at a gotong-royong session.

He said the accusation made by a woman was baseless, and lodged a police report on Monday (Nov 29).

Explaining what transpired, Chandra said several MIC members were cleaning the drains of Taman Muhibbah Jaya here at about 9am on Nov 25.

“As I was taking photographs of the members doing the work, a man approached me and told me to leave the place, claiming that the programme was being carried out by an association.

“I told him that this was an event by MIC and not to disturb us, and he left soon after.

“However, an hour later, some enforcement officers from the Kuala Kangsar district council office came over, stating that they received complaints of drains being damaged during the event.

“I told them that the cleaning activities were carried out because the area was prone to floods, and no such damage occurred,” he said when contacted.

Chandra added that at about 1.30pm, his team adjourned to a nearby area to check on the drains, and he saw about seven people, including the woman that made the allegations.

Chandra said one of them had been taking videos and photographs from his mobile phone secretly, and when he questioned the person, an altercation occurred.

“There was an argument between both groups, and the woman shouted that all MIC members were ‘pondan’ (transgenders).

“That made the matters worse, and the situation was getting worse until someone from the party told us to leave,” he said.

Chandra said on the same night, he was summoned to the police station to get his statement recorded.

“My friend later informed me that the woman had been making statements on WhatsApp, claiming that I had unzipped my pants.

“I deny all the allegations levelled against me.

“I believe she is making such statements to embarrass me, my family and the party,” he added. 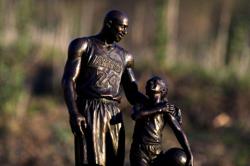