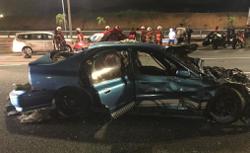 PAGOH: A man died on the spot in an accident at KM127.9 southbound on the North-South Expressway (NSE) near here early Monday (Nov 29) morning.

Pagoh Fire and Rescue Department chief Mohd Fadli Ismail said the department received an emergency call at around 2.13am Monday.

He said seven firefighters were deployed to the scene in one Fire Rescue Tender vehicle.

"The victim's car was engulfed in fire when our men arrived at the scene," Fadli said.

He said the victim, who was driving the car, had hit a lorry and was found unconscious by motorists.

Mohd Fadli said the car was destroyed in the fire and the victim was pronounced dead by the medical personnel at the scene.

He said the operation ended at around 3.29am and the body was handed over to the police for further action. 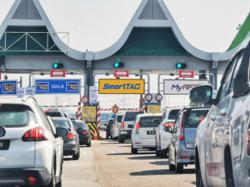