KUALA LUMPUR: Malaysia and Singapore are set to embark on cross-border travel but it is Thailand that has stepped in to make a pitch for itself.

With Bangkok having opened its border to international air travellers from Nov 1, the Land of Smiles says the time is ripe for Malaysia to allow land crossing for tourists at the Bukit Kayu Hitam-Sadao common border.

In making the proposal, Thai Ambassador to Malaysia Chainarong Keratiyutwong said the kingdom is ready to open its doors to Malaysian travel lovers.

He said before Covid-19 hit, Malaysia was second in terms of annual tourist arrivals in his country, with up to four million travellers compared with nine million from China.

“Of this, about 2.5 million go to Haadyai. Just like Johor needs Singaporeans, Haadyai needs Malaysians to kick-start its economic activity. Malaysia should at least allow visits to the border town of Danok.

“I have suggested this to the Malaysian government. We are ready and Malaysia should make its move,” he said in an interview.

After a closure spanning 18 months, the Thai capital reopened at the start of the month as part of a quarantine waiver for visitors vaccinated against Covid-19.

Thailand, one of Asia Pacific’s most popular tourist destinations, had enforced strict entry curbs that were criticised in the travel industry for being too onerous and economically damaging.

The country tested the waters with the reopening of Phuket, but the pilot scheme had mixed results, drawing just 1% of its monthly pre-pandemic level when it started in July.

Chainarong said under the new national programme, visitors must await a negative Covid-19 test on arrival in Bangkok and can travel freely the following day, adding that the overnight quarantine would be in a hotel.

Under the programme, visitors have to apply for a Thailand Pass via an online registration system.

“We decided to open up sooner in order not to miss the Christmas and year-end holiday season. Our economy has suffered greatly,” he said.

“Bangkok is safe to visit with most Thais observing the standard operating procedure of wearing face masks, and pubs are allowed to open until 9pm.”

Before the pandemic, tourism accounted for about 12% of Thailand’s gross domestic product, with one survey ranking Bangkok as the world’s most visited city.

Still, Thai authorities expect the pickup to be relatively slow, with 180,000 foreign arrivals anticipated this year and seven million next year, compared with some 40 million in 2019.

Chainarong urged Malaysia to relax its quarantine regime, adding that the present seven-day requirement was a deterrent to most foreigners, including Thais.

“Many Malaysians are eager to visit Bangkok but they do not want to come back and spend seven days in quarantine. So, this also affects travel to Thailand. But we have no control over the policy here,” he said. 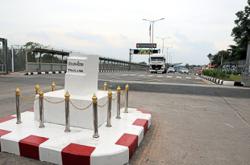