ISKANDAR PUTERI: Johor will amend its state Constitution to allow those aged 18 and up to be candidates in state polls, says Mentri Besar Datuk Hasni Mohammad (pic).

He said a special state assembly sitting would be held as soon as possible to amend Clause 16 Section Two of the Undang-Undang Tubuh Kerajaan Negeri Johor 1895 to be in line with the amendment made to the Federal Constitution.

"The Election Commission has suggested states to amend its constitutions to lower the minimum age of state seat candidates to 18-years-old to be in line with Section 5 Eighth Schedule of the Federal Constitution, which is an essential provision," he said.

Hasni added that if the Federal government amends the essential provisions, it was the responsibility of the state government to ensure that the amendment was followed.

"As such, in order to adhere to the Federal Constitution and to unify the conditions for both Parliamentary and state candidates, amendments would be done on Undang-Undang Tubuh Kerajaan Negeri Johor 1895 to lower the minimum age of candidates," he said.

Hasni said this in his winding-up speech during the state assembly sitting here on Sunday (Nov 28).

On Thursday (Nov 25), Prime Minister Datuk Seri Ismail Sabri Yaakob said that state constitutions would be amended to allow individuals aged 18 and above to stand as candidates in a general election or by-election.

In 2019, an amendment was made to the Federal Constitution to lower the voting age to 18.

In addition to this, amendments were also sought to lower the eligible age of electoral candidates to 18 and to enable the automatic registration of voters by the Election Commission. 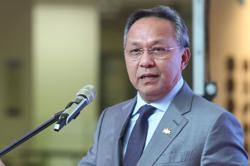 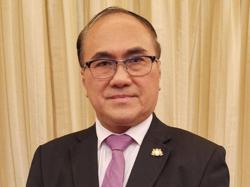