ALOR SETAR: The international tourism bubble pilot project in Langkawi has not gone as well as planned, as only a few foreign tourists have been seen at the island resort since its reopening on Nov 15.

This is because the standard operating procedure (SOP) meant for international travellers was only ready on the reopening date itself, said the Langkawi Development Authority (Lada).

Its chief executive officer Nasaruddin Abdul Muttalib said the SOP should have been released earlier.

He added that international tourists needed time to familiarise themselves with the SOP before flying over to the island via direct flights.

“But with the SOP only ready on the reopening date itself, we can only expect tourists to arrive at a much later date.

“But with the nitty-gritty details now sorted out, the island is set to welcome about 300 visitors on the first direct flight from Singapore on Dec 3,” he said.

Nasaruddin said under the travel bubble programme, international tourists must be fully vaccinated. In addition, children aged under-18 must be accompanied by their fully vaccinated parents at all times.

“They must also take the RT-PCR Covid-19 tests three days before departure, and the results must be printed out or be in digital form.

“It is also compulsory for them to engage travel agents registered under the Tourism, Arts and Culture Ministry; they must download the MySejahtera app and be protected by insurance coverage of at least US$80,000 (RM338,000), which they must buy separately,” he added.

The Tourism, Arts and Culture Ministry’s Kedah director Anuar Abd Razak said any decision to open the doors to foreign tourists must be made carefully and not hastily to prevent an outbreak.

He said the ministry, both at the state and federal levels, had a lengthy discussion soon after Prime Minister Datuk Seri Ismail Sabri Yaakob announced that the project would take off on Nov 15.

Earlier, Langkawi Tourism Association chief executive officer Zainudin Kadir had claimed that a delay in foreign tourist arrivals was expected as the ministry was late in submitting the SOP to the National Security Council.

He reportedly said the delay had cost travel agencies between RM10mil and RM15mil in losses as they had to refund deposits for bookings made by international travellers.

Langkawi was initially opened for domestic tourism in a pilot travel bubble from Sept 16 for adults who had completed their Covid-19 vaccinations.

International tourists are required to engage travel agency services to manage their trips to Langkawi. They will also be subjected to the Covid-19 screening processes before their departure and upon arrival in Malaysia. 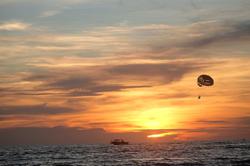 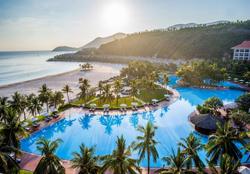