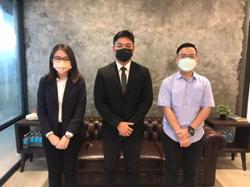 KUCHING: The long-delayed Sarawak state election, which was suspended over two Emergency periods this year, has been fixed for Dec 18.

Nomination Day will be on Dec 6, with early voting on Dec 14.

Election Commission (EC) chairman Datuk Abdul Ghani Salleh, in making the announcement yesterday, said 1,252,014 voters were eligible to vote in the election, based on the electoral roll as at Nov 2.

“We are targeting a turnout of 70% for the state election. To encourage voters to fulfil their responsibility, we will carry out a ‘Jom Kita Undi’ campaign through various media channels and banners at strategic locations,” he told reporters here yesterday.

Sarawak had been on a polls alert before a nationwide Emergency was declared from Jan 12 to Aug 1 to contain the Covid-19 pandemic.

The state legislative assembly was due to dissolve automatically on June 7, with polls to have been held within 60 days according to the state constitution.

On July 31, the Yang di-Pertuan Agong proclaimed a fresh Emergency for Sarawak from Aug 2 to Feb 2, 2022 to further suspend the state election due to the Covid-19 threat.

However, the King consented to terminating the statewide Emergency on Nov 3 with the state assembly simultaneously dissolved, paving the way for the state election to be called.

Abdul Ghani said Covid-19 prevention guidelines for the state election were being updated by the Health Ministry, National Security Council, police and Sarawak disaster management committee, adding that an announcement would be made once this is finalised.

He also said the EC would continue making improvements for the Sarawak polls, including extending voting time by 30 minutes with polling stations to open half an hour earlier at 7.30am.

“We will provide designated streams for voters aged 60 and above in each polling station. In addition, disabled voters will be designated to vote in Stream One,” said the EC chief who earlier chaired a special meeting on the Sarawak election.

He added that the state election was estimated to cost RM150mil, with 46,565 election workers to be deployed. Meanwhile, political analysts have predicted a turnout of between 60% and 70% for the state polls with Covid-19 still lurking.

“Despite the high vaccination rate and decreasing number of Covid-19 cases, there will be people still concerned about going out to vote, even with a strict SOP (standard operating procedure) in place.

“It will boil down to how you convince voters to come out in the final days of campaigning,” he said.

To ensure a good turnout, Jeniri urged the EC to implement a more relaxed and practical SOP for the Sarawak election compared with the Melaka polls.

“Unlike Melaka, face-to-face or physical campaigning should be allowed because Sarawak is a very big state and there are Internet connectivity problems in rural areas,” he added.

University of Tasmania’s Prof James Chin predicted a turnout of between 60% and 70%, saying elderly voters could stay home due to Covid-19 while outstation voters would find it difficult to fly back.

“A substantial number of people will not be able to come back to vote as polling is a week before Christmas. Sarawakians usually go home for Christmas a day or two prior, and many outstation voters won’t be able to make the trip twice,” he said.

Call for postal voting for Sarawak voters not in state 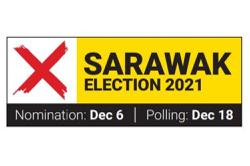