High Court orders winding up of SFI over RM2.6mil in debts KOTA KINABALU: Debt-ridden Sabah Forests Industries (SFI) has been ordered to wind up by the Kota Kinabalu High Court here after it failed to pay debts amounting to about RM2.6mil.

Justice Leonard Shim gave the winding up order on Monday (Nov 15) under the provisions of Section 465(1) (e) of the Companies Act 2016 for RM2,699,244.24 indebted to petitioner Lee Khoon & Anor and supporting creditor Sabah Development Bank.

When contacted, Fuad said Justice Shim's reasoning for the decision was that SFI had been given ample chances to settle the debt but they had failed to pay the amount regardless of the ample time given by the Court since 2017.

"As SFI was unable to pay its debts that were due and was hopelessly insolvent, the Court was correct to grant the winding-up petition.

"SFI will now go into liquidation," he said.

SFI was set up by the Sabah government in 1982 as one of the major industries aimed at spurring economic growth in the state.

It was sold over the years to different private companies who held the majority shares and started facing financial difficulties leading to its insolvency on Monday.

Pelangi Prestasi, which is owned by Tan Sri Mokhtar Albukhary, won a bid to take over SFI in March 2018 to acquire all the assets of SFI for RM1.2bil.

However, the matter has been caught in separate legal tussles after the state government under Parti Warisan Sabah issued fresh terms and conditions on timber licences to the company in June 2019.

The company was previously granted 50,000ha of land planted with eucalyptus and acacia trees with a jetty. 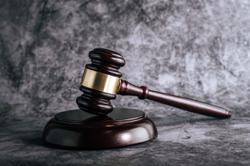