IPOH: Two men died while two others sustained injuries in a head-on collision between their car and a stage bus in Kampar.

Kampar OCPD Supt Hasron Nazri Hashim said the accident occurred on KM39 of the Ipoh-Teluk Intan road at 6.25am on Sunday (Nov 14).

He said the deceased have been identified as car driver V. Puventhiran, 36, and 20-year-old M. Uthaya Kumar, who was seated in the front passenger seat.

Supt Hasron said the other two passengers who were injured were sent to Kampar Hospital for treatment.

The 67-year-old bus driver and his passengers escaped unhurt.

“Initial investigations revealed that the driver of the car travelling from Kampar towards Tanjung Tualang failed to control the vehicle and rammed into the bus (from) the opposite direction.

“The car was badly damaged, with the passenger side door ripped off,” he said. 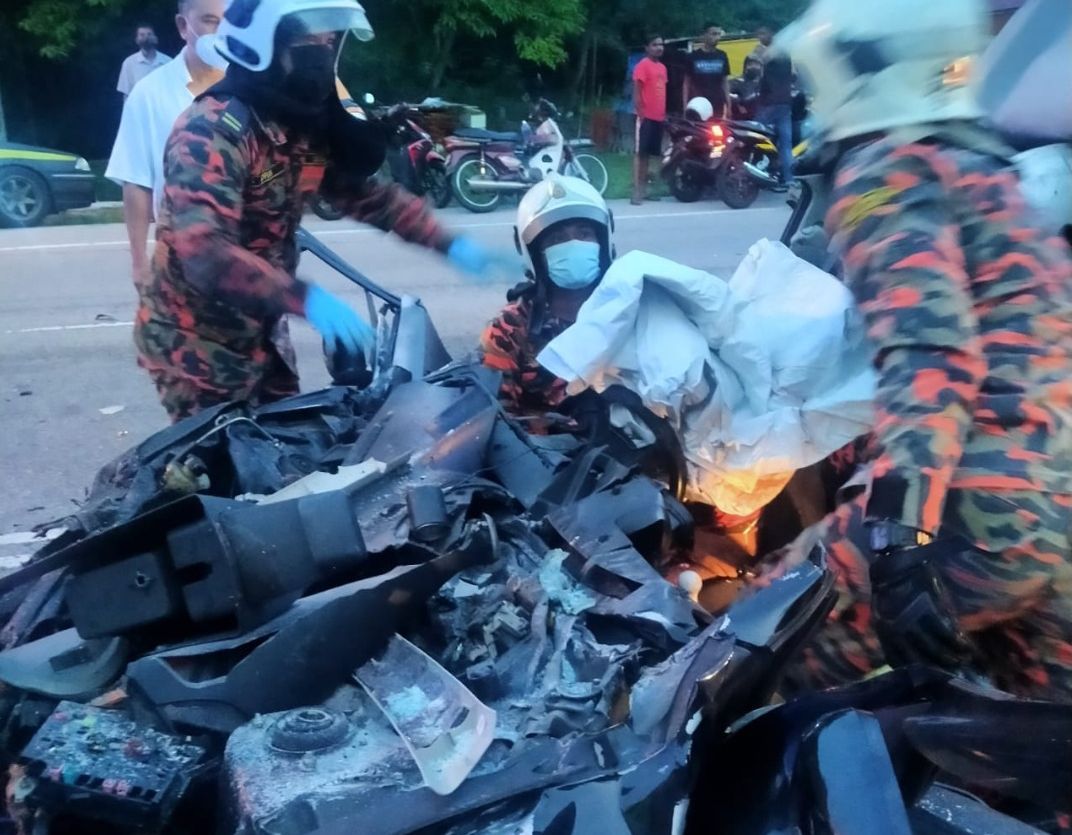