ALOR SETAR: Kedah is set to ban all 4D lottery shops in the state.

Mentri Besar Datuk Seri Muhammad Sanusi Md Nor said the ban will be enforced immediately through all local councils by not issuing new premises licence for gambling premises in the state.

"This move is to ensure that Kedah will be free from gambling," he said during a press conference after tabling the state 2022 Budget.

He said as of now no new premises licence will be issued for gambling operators and the existing gambling premises can continue their operation in accordance with their licence.

Muhammad Sanusi said gambling is unhealthy activity and has caused a negative effect on family institutions and human civilisations.

He said a Muslim and head of state, he has the obligation to adhere to God's instruction and he does not want to be questioned in the afterlife.

"I also refuse to be scolded by others if I did not do anything on this," he said, adding that whoever wants to buy 4D numbers, they can go to Penang to do that.

He said the impact of gambling affects everyone especially non-Muslim as it will only benefit the operator and not the people as a whole.

He also hopes that Kedahans would support and understand the move by the state government, in an effort to curb social ills that have been caused by gambling activities.

He said the state government will also limit the sales of alcoholic beverages in the state.

He however said this would not affect Non-muslim consumers. 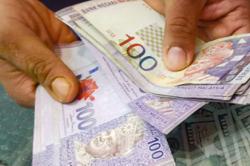