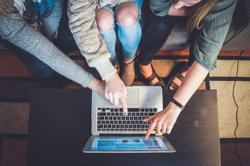 SEREMBAN: A contractor and an accountant here have been cheated of a total of RM370,000 in separate online scams, one a bogus investment scheme and the other an offer of a part-time job.

The suspect asked the victim to invest in a scheme which promised high returns.

"The suspect fell for the scam and registered as an investor.

"The victim was also told that if he wished to get his returns faster, he would have to register as a VIP investor and put in a big sum," he said in a statement on Wednesday (Nov 3).

Supt Aibee said the victim then transferred cash into three accounts belonging to different individuals between Oct 15 and 31.

In between the transactions, the victim tried contacting the suspect to ask about the returns but failed to get any response.

"The second suspect told the victim he would not be probed if he was prepared to pay a fee," he said.

Supt Aibee said the second suspect also promised the victim that the initial amount he had invested would be returned if he paid the fee.

The victim transferred the "fee" into a bank account but eventually realised that he was being taken for a ride and lodged a police report.

Supt Aibee said in the second case, the 28-year-old accountant lost RM67,000 after he applied for a supervisor's job supposedly at an online retail company.

"The victim saw an advertisement on Facebook offering part-time positions for supervisors.

"He then got in touch with an individual who told him that he would also have to make up-front payments for goods ordered by the company and receive a commission," he said.

Supt Aibee said the victim then transferred the money into several bank accounts between Oct 29 and Nov 2.

Despite making the payments, he was never offered the position.

"The victim was instead told that he had paid up 95% of what was required and would have to make another payment to cover the remaining 5%.

"It then dawned upon him that he had been cheated," he said, adding that the accountant also lodged a police report.

Both cases are being investigated under Section 420 of the Penal Code for cheating. 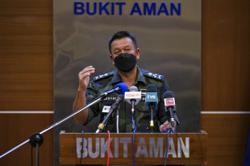