KUALA LUMPUR: Deputy Finance Minister Yamani Hafez Musa has clarified that the company linked to him in the Pandora Papers expose is dormant and he does not receive any funds from it.

He said any tax involved with the British Virgin Islands was paid by him and the tax authorities were aware of it.

“I would like to take the opportunity to explain the matter as I am one of those named in the Pandora Papers.

“The company that was mentioned is inactive or dormant and has no fund injection.

"All taxes are (known to) the Inland Revenue Board and have been paid,” he told Hassan Abdul Karim (PH-Pasir Gudang) during Question Time in the Dewan Rakyat on Tuesday (Nov 2).

Hassan had asked whether the government was considering implementing a capital gains tax as well as inheritance tax to add to its coffers.

He also asked about the Pandora Papers expose, which claimed that some 1,500 Malaysians had taken out some RM1.8 trillion to offshore financial centres.

According to the Pandora Papers report, Yamani Hafez, who is Sipitang MP, was the director of Great Ocean Consultants in the British Virgin Islands from 2013 to 2015, alongside his siblings.

The company held US$310,000 (RM1.2mil) in a Deutsche Bank account before it was sold the following year to an individual named Mau Kam Wai, who was once an executive director of investment holdings company Eastland Equity, alongside a Sabah businessman reportedly close to Musa, Chu Jan Tow.

The Pandora Papers report by the Investigative Consortium of Investigative Journalists, made up of 600 journalists across the world, is based on more than 11.9 million documents and other records leaked from 12 offshore service providers that help to set up and manage shell firms and trusts in tax havens worldwide, including the British Virgin Islands, which appears to be a popular choice for wealthy Malaysians.

It is not illegal to own an offshore account but concerns have been raised over the sources of money and tax avoidance or evasion. 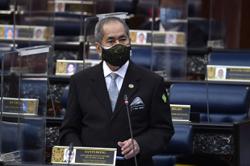