Govt should focus on people's well-being, economic development, says members of the public 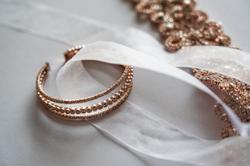 JOHOR BARU: The government should focus on economic development and the people’s wellbeing as Malaysia continues grappling with challenges from the Covid-19 pandemic, say members of the public.

Private sector employee Umar Muhsin Md Salleh said the high cost of living was the main concern for salaried workers like him.

“The company I'm working with is not doing well and we (employees) did not get a pay rise for the past two years due to the pandemic,’’ he said.

The 26-year old bachelor said the prices of necessity items in Johor Baru city were among the highest in the country and it was not something new.

Umar said the bulk of his salary went for the family’s household expenses as he and his brother, who is a teacher, are taking care of their six other siblings who are still in school.

“My brother is getting married this December and now the responsibility falls on me,’’ he said, adding that his father, a private sector retiree, did not have any monthly pension.

Electrical store manager Jenny Chin, 37, hoped both Malaysia and Singapore could expedite the opening of the borders between the two countries.

“Unlike Kuala Lumpur, businesses in Johor Baru, which is a border town, are badly affected due to the prolonged closure of the borders,’’ she said.

Chin said the Johor Baru economy was also losing millions of ringgit as thousands of Malaysians working in Singapore have been stuck there since the movement control order (MCO 1.0) on March 18, 2020.

“Before MCO 1.0, these Malaysian workers spent their money here but now they are doing it in the republic," she said.

Chin said Johor Baru has turned into a literal ghost town at night as there were no crowds including Malaysians working in Singapore on late shifts, who normally patronised the food outlets in downtown areas.

Boutique owner Jamil Sukaimi, 53, said many businesses in downtown Johor Baru would have to cease operations if the Malaysia and Singapore borders remain closed.

He said his business was badly affected as his Singaporean customers could not come to his boutique to have their baju kurung Teluk Belanga and Cekak Musang tailored.

“It has been two Hari Raya Aidilfitiri where we did not get orders from Singaporeans," said Jamil.

He said the inter-district and inter-state travel restrictions imposed under the phase two of the national recovery plan (NRP) had also impacted his business.

“My regular customers from other states could not travel here to get their baju make, hopefully the restrictions which have been lifted will bring a positive impact to us," he said.

He said the increase was necessary taking into account other factors such as inflation and high cost of living in Johor Baru, including in Iskandar Malaysia.

“Our livelihood as coastal fishermen in Gelang Patah is badly affected due to the land reclamation activities and vast development taking place in Iskandar Malaysia," said Rolen. 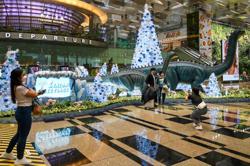