Norazilla Salleh scanning the QR Code on her MySejahtera application upon entering a shop while her two daughters put on plastic gloves. —AZLINA ABDULLAH/The Star

PETALING JAYA: Pahang, Kelantan, Perlis, Perak and Melaka recorded the biggest percentage increases in the number of MySejahtera check-ins since the country's interstate travel ban was lifted on Oct 11.

A comparison of the total number of MySejahtera check-ins in the 10-day period after interstate travel was allowed with the 10-day period before the restriction was eased also revealed a drop in Selangor, Kuala Lumpur and Putrajaya, among others.

The trend is a possible sign that many of the people who have been traveling interstate for holidays or to balik kampung since the easing of travel restrictions came from the Klang Valley.

According to the MySejahtera check-in figures updated daily at the Health Ministry's Github online hosting website, Pahang had the biggest percentage increase of 15.3% in the Oct 11-20 period compared to Oct 1-10, with Putrajaya seeing the biggest drop of -8.2%.

The Malaysian Highway Authority on Oct 11 had said that the number of vehicles on the country's highways was estimated to go up to four million per day compared to 3.5 million previously.

The MySejahtera app had a total of 25.13 million registrations as at Oct 20, which is equal to 76.9% of the country's estimated population of 32.66 million.

Overall, the number of MySejahtera check-ins in Malaysia saw a 0.2% fall in the Oct 11-20 period.

However, the number of unique MySejahtera accounts that checked in at premises throughout the country went up by 2.1% in the same period.

It hit a peak on Saturday last week (Oct 16) when 13.32 million individual MySejahtera accounts checked in.

The number of premises throughout the country where people checked in also rose by 3.1% and hit a high of 853,633 on Oct 13.
Article type: metered
User Type: anonymous web
User Status:
Campaign ID: 46
Cxense type: free
User access status: 3
Join our Telegram channel to get our Evening Alerts and breaking news highlights 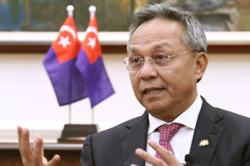 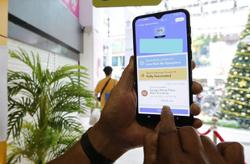