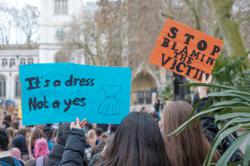 The “Zero Tolerance to Rape (Malaysia) - No More Excuses” petition is now the most-signed petition with over 600,000 signatures so far on the online platform Change.org.

The platform’s Malaysia campaign leader Adli Zakuan said that after a long time of inactivity, the petition returned to public attention on Thursday (Oct 21) night with a spike in almost 10,000 signatures within 12 hours.

“The petition was not started in response to the actor’s remarks. It was launched in 2019 by the women’s rights NGO, All Women’s Action Society (Awam),” he said in a statement Friday (Oct 22).

So far, it has garnered more than 615,000 signatures on Friday itself.

Adli said the petition has the most signatures ever recorded since it was launched on Nov 25, 2019 in conjunction with the International Day for the Elimination of Violence against Women.

Local actor Mohd Fauzi Mohd Nawawi was earlier called out over his comments about rape, getting heavy public backlash online for joking on a talk show about how he allegedly enjoyed filming rape scenes.

The actor later apologised and admitted fault for his remarks, but he retracted his apologies a day after, and hit back at his critics.

The episode caused more criticisms and also conversations about the systemic problem of rape culture in Malaysia.

Adli said he assumed that this sudden surge in momentum for the petition was likely due to public sentiment over Mohd Fauzi’s remarks.

“Although the petition has no direct connection to Fauzi’s talk show, this drastic increase in signatures shows that the ‘Zero Tolerance to Rape’ message carried by the petition has resonated with public sentiment - that the issue behind this rape ‘joke’ is far more serious,” added Adli.

The petition was started and aimed at four ministries - the Women, Family and Community Development Ministry, Health Ministry, Home Ministry and the Prime Minister’s Department.

It called for better laws and expand the definition of rape to cover marital rape, date rape and rape of men and boys.

It also demands awareness of consent and urges the government to reform the one-stop crisis centres to ensure survivors receive equal protection.

The petition can be found here: https://www.change.org/p/zero-tolerance-to-rape-no-more-excuses-enough-is-enough. 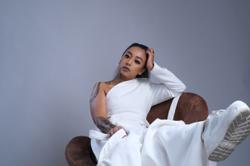