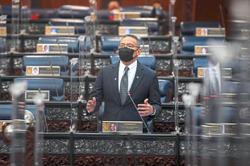 KUALA LUMPUR: Cybersecurity, joint exercises and 5th generation assets are among key aspects that should be included in the planning of the Five Power Defence Arrangements (FPDA), says Datuk Seri Hishammuddin Hussein.

The Defence Minister said nations are facing a new global landscape with its own set of challenges in the post Covid-19 era.

“I believe the stock-take conducted by FPDA member nations is not only based on our successes in the last 50 years, but hopefully outlines the way forward for the next five decades,” he said.

Today’s challenges should be viewed as opportunities, he added.

“It is an opportunity for FPDA member nations to forge closer ties, to be more resilient, more proactive as well as agile and flexible – in tune with the changing landscape as it unfolds,” he said after attending the 11th FPDA Defence Ministers’ meeting (FDMM) and 50th-year celebration yesterday.

The FPDA is a series of bilateral defence relationships between the United Kingdom, Australia, New Zealand, Malaysia and Singapore.

“The convening of (this) meeting is an affirmation of the continued commitment by all five nations to the FPDA.

“At the meeting, all leaders expressed satisfaction at the outcomes, which included an exchange of views on emerging security challenges in the context of regional defence cooperation, a discussion on FPDA exercises and activities, a 10-year plan for exercises from 2022 to 2031, and the adoption of the 50th FPDA Anniversary Stock-Take,” he added.

Guided by the 3R principles of Remit, Relevant and Reassurance, the 50th FPDA Stock-Take provides the future direction of the FPDA’s strategic priorities, organisational processes and structure, and activity plans, Hishammuddin said.

“Today, the Defence Ministers agreed for the FPDA to focus on continuing high-end warfighting serials with the introduction of 5th generation assets; enhancing the mission of counter-terrorism and maritime security of non-traditional domains; introducing cybersecurity progressively into FPDA exercises; and continuing the observership programme as a way to enhance transparency and reassurance with regional partners.

“The meeting also commended partner-nations’ commitment to the successful conduct of the exercises, namely Bersama Shield in April 2021, Suman Warrior in July 2021 and Bersama Gold in October 2021.

“The recently concluded Bersama Gold 2021 held this month was exclusively designed to mark the 50th FPDA Anniversary and was also the first contactless FPDA Field Training Exercise executed in a Covid-19 safe environment,” he added.

The continuation of the exercise during a pandemic was proof that the FPDA remains resilient and is able to adapt and overcome any challenges, he said.

“Malaysia is committed to supporting the arrangements and looks forward to the FPDA resuming full activities and exercises once the Covid-19 pandemic finally stabilises,” he added.

The event ended with a commemorative fly-past at the Subang Air Base, portraying FPDA’s unity and cohesion over the last 50 years. 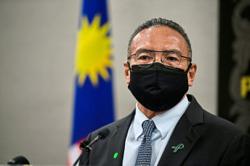