PETALING JAYA: A Malaysian has been appointed professor of urology at the University of Cambridge, the first in this field in the institution's 812 years of history.

According to university records, Prof Vincent J. Gnanapragasam is the first professor of urology to be appointed by the second-oldest university in the English-speaking world.

“As far as I can find and on (searching) the University of Cambridge library records, there has not been a Professor of Urology in the university before, so I believe I am the first,” said Prof Vincent, who has been a lecturer with the university for the last 13 years.

He is also an honorary consultant urologist at the university’s hospital.

His journey in the UK started when he enrolled in medical school in Newcastle in 1988 and graduated with a PhD.

Prior to that, he completed his primary school education at SK La Salle in Petaling Jaya before continuing secondary school in Singapore.

“My work specialises in prostate cancer, researching the disease, and managing it in patients.

“I was appointed a clinician scientist there through a personal award from Cancer Research UK and moved to Cambridge in 2008,” Prof Vincent added.

The 52-year old, who hails from Petaling Jaya, said his journey to the professorship was unusual as the university decided to change its official academic titles from "Reader" to "University Professor".

“I was promoted to Reader last year. It is an academic title that has existed in the University of Cambridge for hundreds of years.

“This year the university decided to change their official academic titles and Readers are now considered Professors, hence my official title is Professor of Urology,” added Prof Vincent, who was appointed to the title in early October.

His achievements in the field include inventing a device that could take prostate biopsies for men with suspected prostate cancer more safely.

The device, named the CamProbe, has lower infection risk and is performed under local anaesthetic using a transperineal route (the area under the testicles).

The invention is transformative as the current prostate diagnosis requires a biopsy needle to pass through the bowel wall to reach the prostate. This could pose a risk of bacterial infection from the bowel entering the urinary system and bloodstream.

“Skill, talent and innovation can come from anyone. Nobody should be deprived of opportunities to realise their full potential.

“It is only through challenge, competition and adversity that anything meaningful can ever be gained,” he said.

According to the university’s website, Prof Vincent also holds a number of patents and has won numerous prizes for his research.

These include the CE Alken prize, Urological Research Society Medal, a Hunterian Professorship, and a University of Cambridge Vice Chancellor's Award for Research Impact (Established Researcher). 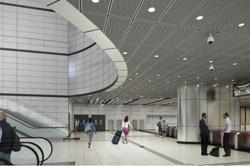