KUALA LUMPUR: The upcoming Melaka state election is likely to see multi-cornered fights in several seats given the emergence of new parties as well as unsettled scores between Barisan Nasional and Perikatan Nasional, say political analysts.

Universiti Kebangsaan Malaysia's (UKM) Suffian Mansor said cooperation is unlikely between Barisan and Perikatan because Umno had 13 seats prior to the dissolution of the 28-seat state assembly, while Perikatan through Parti Pribumi Bersatu Malaysia had two.

"Umno wants to be the dominant party and it doesn't want to share power with another party.

"Perikatan and Barisan could not solve their problems, and new parties such as Parti Kuasa Rakyat and several independent candidates are expected to join the election," he said.

On Oct 13, Umno president Datuk Seri Dr Ahmad Zahid Hamidi said Barisan would contest the state polls without cooperating with Perikatan, while its secretary-general Datuk Seri Ahmad Maslan said on Oct 15 that the party is still gathering feedback on the matter.

"This is what happens when Umno is divided among several ambitious individuals," he added.

"The selection will be based on the committee's recommendation," he said, adding that the choice of candidates will be an important factor and the three Umno leaders must decide wisely.

"This is to avoid internal sabotage and favouritism. A win-win solution should be the dominant interest for all three," he added.

Sivamurugan explained that the change in Umno's candidate selection process was probably due to current political developments, as Mohamad is also Umno's election director and Ismail Sabri is the Prime Minister.

"At the same time, Ahmad Zahid will be away (in Germany) to get treatment," he noted.

Nevertheless, Sivamurugan believed that Ahmad Zahid's position as Umno president would be unaffected.

"I still believe he will have the upper hand to decide, as president. If he rejects (a candidate), he will have to justify it to others as well," added Sivamurugan.

Universiti Malaya's Prof Dr Awang Azman Awang Pawi said the new Umno candidate selection process came about because of "a new normal" where the prime minister is no longer the party president.

Arguing that Ahmad Zahid's powers as party president could be eroded, Awang Azman said the new selection process was a better mechanism to choose candidates for elections.

"It is a better system compared to the previous mechanism, where the party president was given sole power to determine the best candidate to represent Umno," he added.

Political and economic analyst Dr Oh Ei Sun also said that Umno is likely to gain the upper hand in the state polls and has to choose its allies wisely.

He said Umno could have a resounding victory provided PAS supports them to canvass for votes.

"Umno must also unite internal factions within the party," he said

Oh also said that the best way for Umno to choose candidates was to hold an internal party election.

"This will ensure the candidate is a local boy and more popular than somebody chosen by the central leadership," he added.

In addition to Umno and Bersatu's combined 15 seats, there were also two government-friendly independents in the state assembly.

The Election Commission has set Nov 8 for Nomination Day by, with polling on Nov 20. 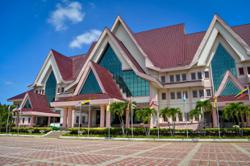 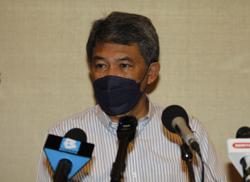