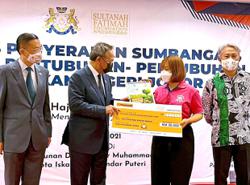 KULAI: Johor Mentri Besar Datuk Hasni Mohammad must organise a meeting with the Opposition to discuss the state's Budget 2022, which is expected to be table on Nov 25, says Johor PKR.

“It is unlikely that Osman will be able to make it for the tabling of the Budget during the state assembly meeting next month due to his current health condition.

“Each assemblyman must be physically present at the state assembly meeting to cast their votes for the Budget to be passed,” he added.

Puah said with this development, the state government, under the leadership of Hasni, was holding on to less support.

The Bukit Batu assemblyman said this during a press conference held at his service centre at Taman Tropika here on Monday (Oct 18).

He urged Hasni to discuss with Pakatan Harapan assemblymen and get their views and feedback prior to the tabling of the state Budget.

“The state Budget needs to be passed. It will put the state government in a difficult situation if it does not,” he said.

Puah also said that Pakatan would support the Budget if it touched on the people’s welfare, especially during these unprecedented times.

Hasni’s administration is currently holding the state with a simple majority, with only 29 seats against Pakatan Harapan's 27.

Osman, who is Bersatu's Kempas assemblyman, suffered a stroke at his home on Wednesday (Oct 13) before being rushed to a private hospital in Johor Baru.

He was then transferred to a hospital in Kuala Lumpur and is currently being warded due to his medical condition.

Osman, 70, was the 16th Johor mentri besar and the first from Bersatu after the general election in 2018.

He was in office for about 11 months before resigning from the post in April 2019. 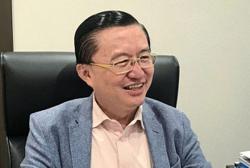