A CIVIL Defence Force member was rushed to the hospital after he was bitten by a snake he was trying to catch along Jalan A’Famosa, Alor Gajah, Kosmo! reported.

“He rushed to the scene with a colleague to catch a black cobra,” a spokesperson said.

“He suffered from breathing difficulty after being bitten,” the spokesperson said.

> Harian Metro reported a surge in the number of road users who were beating the traffic lights upon the resumption of interstate travel.

“An increase in vehicles with non-Perlis number plates has risen since interstate travel was allowed by the government.

“This has caused traffic congestion with some road users taking the opportunity to beat the traffic lights here,” she said.

“Five roads have been identified based on the number of traffic violations committed.

> Actress Siti Saleha has assured her fans that she is fine following news reports that her four-year marriage has ended, Kosmo! reported.

“I’m good,” she posted on Instagram two days ago.

Kosmo! reported on Wednesday that Siti Saleha, 31, had confirmed filing for a divorce.

However, she declined to give further details.

The actress, whose full name is Siti Saleha Mohd Baharum, was apparently seen at a Syariah Court in Klang earlier.

Her fans sent out supportive messages to her.

“I hope akak continues to be strong. I love you,” someone wrote. 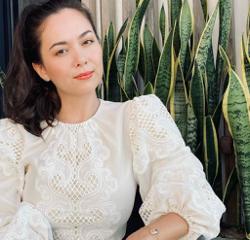