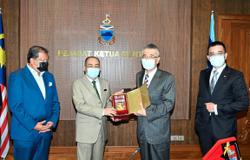 Before the Covid-19 pandemic, the island – which is about an hour and 15 minutes from the state capital by boat – was mostly visited by Chinese tourists.

On Tuesday (Oct 12), he received a courtesy call from a delegation led by Sinyi Group chairman Chou Chun Chi.

“Tourism is very important to Sabah. That is why the sector has been identified as one of the three main thrusts of development under the Hala Tuju Sabah Maju Jaya.

"We are delighted that Taiwan’s largest real estate company has chosen Sabah for their investment. We have so much to offer in terms of investments in the tourism sector,” he said in a statement on Wednesday (Oct 13).

Hajiji also gave his assurance to the group that the state government would provide the necessary assistance to facilitate its investment.

Chou, who expressed his gratitude for the support, said the proposed resort on Mengalum Island is aimed at capturing the high-end tourism market.

“Once completed, it is expected to provide about 2,400 job opportunities for locals and bring in 97,000 tourists to Sabah annually,” he said.

Having acquired more than half the island for RM266mil in 2019, the group plans to restore the barren part by reforestation, as well as rehabilitating the surrounding coral reefs damaged by fish bombings. 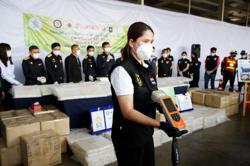 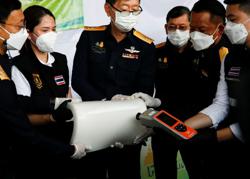