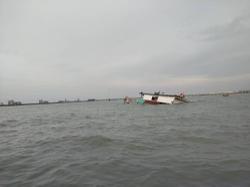 BALIK PULAU: A fisherman who is a former photographer with The Star has been rescued at Pulau Kendi after his boat capsized on Tuesday (Oct 12) night.

Wan Mohizan Wan Hussein, 55, was found safe and reported to be in stable condition.

A Penang Fire and Rescue Department spokesman said they received a distress call from a member of the public informing them about the incident at about 8.20pm.

"According to the caller, Wan Mohizan went fishing at 3pm and later there was no sign of the victim or his boat at the location where he often fished," he said in a statement on Wednesday (Oct 13).

The spokesman said a search and rescue operation was mounted by the department to locate the missing man.

The operation was suspended at 11.30pm when no trace of Wan Mohizan could be found.

He said the operation resumed on Wednesday (Oct 13) morning by the Malaysian Maritime Enforcement Agency (MMEA).

He said Wan Mohizan, who was The Star's assistant chief photographer, was found at about 6.30am.

He was reportedly saved by a local fisherman off Pulau Kendi.

It is learnt that Wan Mohizan, who was wearing a lifejacket, swam to the island after his boat capsized.

The operation ended at 7am, the spokesman added. 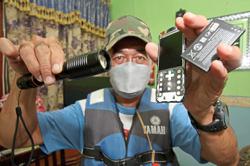 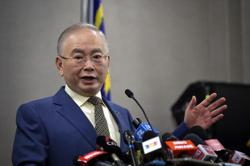