KUALA LUMPUR: A family’s dream of having extra income was shattered when the opportunity turned out to be a nightmare.

Puvanesvaran Muniandy, 44, was enticed by a job vacancy that his wife found while surfing the Internet on July 26.

As money from his job as a storekeeper was tight during the lockdown, the couple decided to give it a go in the hope of supplementing Puvanesvaran’s income.

“She got in touch with a woman called Tiffany who offered her an investment job, with a promise of a 10% return after completing certain online ‘buying’ tasks.

“I used my savings to help her and we received our RM110 commission after an initial RM300 investment.

“But then I thought the more I invest, the more returns I would get back. So, for the second time, I invested RM3,000,” he said at Wisma MCA yesterday.

The idea behind the “job” was simple; they needed to click on the links provided and add selected items onto their shopping carts. No buying was required.

However, trouble started when Puvanesvaran did not receive any of the promised commissions after completing the online tasks.

“Every time I checked the investment needed to proceed to the next task, the amount became higher. I was told to get my investment and commissions back, I had to complete all 10 tasks,” he said.

In total, Puvanesvaran lost around RM42,000 after making his last transaction in early August. He said he had to continue doing the tasks because of the promise of having his money returned.

With money already tight to begin with, Puvanesvaran was forced to sell his wife’s jewellery and started borrowing from friends.

“I spoke to Tiffany about getting a refund, but she said that it would take time as they had to contact their American counterparts. She told me it would take around two weeks, but it was all false promises,” he said.

“These scammers are professionals. They will give you a little bit of ‘honey’ to get you interested before trapping you. Greed plays a big part in how victims get cheated,” he said. 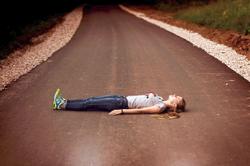