KUALA LUMPUR: A manager of a daycare centre who allegedly abused an autistic child will be charged in court tomorrow.

“The suspect will be produced at the Ampang Court,” he said in a statement.

Police are also investigating her under Section 15(1)(c) of the Immigration Act for staying in the country illegally after her social visit permit had expired.

The suspect was arrested on Oct 3 and has been remanded until this Friday.

The father found bruises on the boy’s shoulder and face when he went to the centre to pick him up.

The centre is managed by the Singaporean with three local workers.

A teacher at the centre told the father that the boy had hit his head on a table.

When the father viewed CCTV footage, he found that his son was hit when he refused to eat his meal. 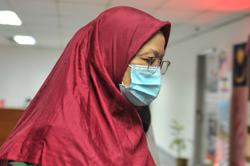