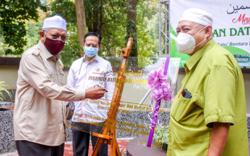 A LIVESTOCK farmer in Gua Musang, Kelantan, was shocked to find 19 of his cows killed by lightning strikes, Kosmo! reported.

Mohd Sharulafizam Johari, 31, said the incident must have occurred during a heavy storm at around 10pm on Monday.

“I only realised the deaths when I went to the estate at around 7.30 the next morning. I was shocked when I saw my cows dead near a palm tree,” he said.

Mohd Sharulafizam said this was the first time in his seven-year career as a livestock farmer that such an incident had occurred.

He later lodged a police report.

> Harian Metro reported that lyricist and actor Bob Lokman had been hospitalised at Hospital Sultanah Bahiyah in Alor Setar, Kedah, over heart issues.

The artiste was admitted five days ago after having experienced heart palpitations recently.

“I delayed my medical appointment a few times due to the high number of Covid-19 cases and I finally went in for a check-up last week. The doctor told me that my heart was beating too fast and irregularly. So, I was warded to the coronary care unit. Actually, I should have been warded six weeks earlier,” he said.

> Sinar Harian reported that a businessman lost over RM100,000 after being duped by scammers masquerading as officers from the Inland Revenue Board (LHDN) and police.

Pahang Commercial Crime Investigation Department chief Supt Mohd Wazir Mohd Yusof said the 50-year-old victim had received a call on Sept 25 from a woman claiming to be from the Melaka branch of the LHDN.

“She told him that his company has tax arrears, which he denied. His call was then forwarded to a so-called police officer from the Melaka headquarters,” he said.

When told that his company was implicated in a criminal case and that he would need to hand over his personal and banking details, the victim made 11 financial transactions between Sept 27 and Oct 4. 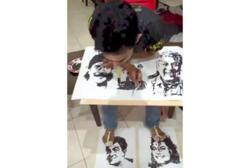 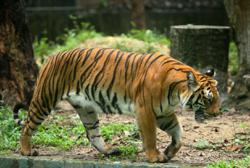 Covid-19 Watch: 106 students of Kedah college test positive
Govt urged to ensure ample stock of medicines in Sabah hospitals
Man who died in Hulu Selangor restaurant suffered from heart disease, say cops
Number of PhD grads in line with other leading research universities, says UPM corporate relations director
Johor exco man asks MB to 'think twice or just do it' amid talk of snap polls in the state
Ismail Sabri was accepted to read law based on merit, says UM alumni chief
Next of kin of PJPN recipients eligible for cash payouts, says Bukit Aman
Azam Baki did not breach any laws, in control of his trading account, says SC
Negri MB: 25% discount on land premiums to continue this year
Cops say illegals on capsized boat near Pontian paid boatman RM580 each and were promised jobs